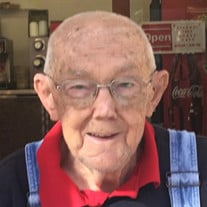 Andrew E. Veek (AKA Andy or Grumpy) August 1928 to October 2021 Andy was born in Portland, Oregon 1928 to Philip and Helen Veek and was one of 4 brothers. He moved to San Pedro, California in 1934 to live with his mother Helen after his parents divorced. Andy joined the Merchant Marines in 1943 at the age of 15 using his older brothers birth certificate. He served on numerous merchant vessels during WWII and was sunk on two different ships in the Caribbean Sea in 1944. He then served on Liberty and Victory ships in the Pacific until the end of the war in 1945. He saw more combat in the Merchant Marines during the Korean War delivering ammunition and supplies. He was a member of the Mariners Union of the Pacific until 1952 and held the Title of Bosun, when he went ashore in San Pedro, California. He met the love of his life Margaret L. Rose in San Pedro, California and was married in 1954. Andy and Margaret were married 57 years and lived in San Pedro, California; Honolulu, Hawaii; and Carson, California throughout their marriage. They had four children: Linda, Phillip, Karl, and Carolyn. Andy was an avid backpacker and camper. The family spent most summers visiting National and State Parks across the Western U.S. He loved the California Redwoods and spent time in them for over 20 years at Redcrest Resort on the Avenue of the Giants in Cabin 10 every year for his birthday. Andy worked for the U.S. Navy for over 41 years as a Supervisor of Shipbuilding at Long Beach Naval Shipyard. He was a member of Christ Lutheran Church since 1954. Andy volunteered throughout his life. He served in the Boy Scouts of America in numerous positions including as a member of the Los Angeles Harbor Area Scout Council, a Cub Scout leader, Boy Scout Leader, and Order of the Arrow Leader. He was a member of the Gray Whale Census Groups and from December to May he could be found out at Pointe Vincente Interpretive Center every Wednesday morning counting the whales as the went North or South. He was a strong supporter of Carson High School and was a Carson Booster Member, serving as President of the Booster club in the late-80’s. Andy loved being an Amateur (Ham) Radio Operator. He utilized his ham radio skills as a volunteer with the Los Angeles County Sheriff’s Department Disaster Communication Service (DCS) for several years. He was deployed on numerous emergencies as a DCS member to support various emergency agencies, including to the Island Fire on Catalina in 2007, a search and rescue operation in the mountains, and a fire in San Diego County. He also was an avid wood worker and turned his wood working hobby into a craft business with Margaret for a few years. Andy had two favorite sayings. The first when asked how he was, he always replied “ornery, sassy, cantankerous…you know, normal.” The second one he always told the doctors, “you aren’t taking away my three ‘Cs” - Coffee, Cigars, and Cognac”. Andy is preceded in death by his loving wife, Margaret, and daughter, Linda. He is survived by Phillip (wife Jane), Karl Veek, and Carolyn Veek. He has three grandchildren, Justin (born to Linda), Amanda (husband Alex), and Brian (wife Juliana) (Amanda and Brian born to Phillip and Jane), and two Great Grand Children, (Nika and Aaron).

Andrew E. Veek (AKA Andy or Grumpy) August 1928 to October 2021 Andy was born in Portland, Oregon 1928 to Philip and Helen Veek and was one of 4 brothers. He moved to San Pedro, California in 1934 to live with his mother Helen after his parents... View Obituary & Service Information

The family of Andrew E Veek created this Life Tributes page to make it easy to share your memories.

Send flowers to the Veek family.