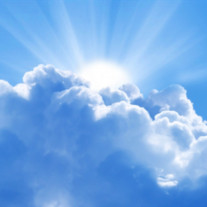 Antonio Limos Ringor was a designer, builder, and much beloved community leader and volunteer in the South Bay, Los Angeles County. Born in 1932 in Luna, La Union, Philippines, Antonio Limos Ringor went to the University of the Philippines at Diliman, Quezon City on a music scholarship, majoring in Civil Engineering while playing in the UP Band. In the early 1960s, Tony, as he was called, worked as an engineer on building projects including a medical clinic, the Baclaran Elementary School in Paranaque City and most notably a World War II monument at Camp Spencer, USAFFE-NL Military Shrine and Park, Darigayos Cove, Luna. Tony moved to the United States in 1961 where he worked in design and drafting on commercial, industrial, and residential projects at Peter Munsell Architecture, Coppedge & Balance, Frank Politeo & Associates including projects like the Marina Pacifica in Long Beach. Tony also designed and built residences, as well as the Los Palos Health Center in San Pedro. Later in life he became an active community leader in the South Bay and Los Angeles County, and was respectfully known as “Manong (Elder) Tony,” volunteering his services to the less fortunate and low income seniors in the port towns of San Pedro and Wilmington. Manong Tony served on several boards: the Association of Filipino American Arts & Culture (FilAm ARTS); the Sierra Home Care Services Corporation, as board chair; and the Friends of Banning’s Landing, as a board member. He started the Seniors’ Village in the Festival of Philippine Arts & Culture (FPAC) in 1999, and was known for the famous FPAC Vegetable Competition, which ran for more than 15 years. He also served on the Wilmington Neighborhood Council, the San Pedro Community Garden, the L.A. Maritime Institute and the San Pedro Peninsula Chamber of Commerce. He was a lifetime member of the Filipino Community of Los Angeles Harbor Area founded in 1935. In 2012, Manong Tony and his wife, Manang Angelita were honored with a Congressional Commendation from the US House of Representatives, as well as a Community Service Award from the CA State Senate and the Association for Advancement of Filipino American Arts and Culture in recognition of their outstanding contributions to the community for decades. He loved to play his saxophone and dance to tangos and cha-chas, as well as sing rarely heard traditional Ilocano folk songs. Tony passed away peacefully on the morning of January 10, 2022 at San Pedro Peninsula Hospital. He is survived by his cherished wife of 51 years, Angelita M. Ringor and his only son, Antonio M. Ringor.

The family of Antonio Limos Ringor created this Life Tributes page to make it easy to share your memories.

Antonio Limos Ringor was a designer, builder, and much beloved...

Send flowers to the Ringor family.