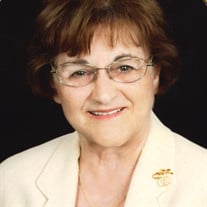 Dr. Aurelia Arcan was born in 1932 in Tulcea Romania. She did not have an easy childhood and after overcoming many obstacles, her life was blessed in every way: at home in the family, spiritually, professionally and socially. She grew up during the difficult years of economic depression. She was only eight years of age when the second world war started. Six years later, after the war ended, mom was only fourteen when she lost her mother to cancer. Mature and serious beyond her years, she took care of her younger sister Coca and brother Aristel, together with her older sister Angela and their father. She was an excellent student through school, disciplined and determined, from grade school through high school, so she put herself on track to become a doctor. From early in her life, she truly loved the profession she chose, and fulfilled her spiritual calling as well . Before graduating from the Medicine and Pharmacy Institute of Timisoara, at age 24 she was baptized by Pete Popovich, known to many of you, who was at the time the pastor of the Baptist church in Timisoara. She graduated Medical School in 1958 and right before the final “examen de stat” both Drs. Arcan, husband and wife, were asked by the Romanian state officials to renounce their church and religion. They did not. With support from a few good people like Professor Girbea and Dean Tirlea from the Medical School, they managed to keep their faith and continue their profession. Like all doctors in Romania, Aurelia was sent to small villages to serve as a country doctor. She worked in Gelu and Tomnatic, where she rode a motorcycle on horrible unpaved roads to visit her patients in the countryside. That’s who she was! There were some good memories from there as the people of Tomnatic, mostly of German descent, continued to stay friends with the family for years to come. From 1963, Mom worked at the Academy, doing embryology research under Dr. Menkes, a scientist of world fame. After 1966 mom and dad’s careers moved to Timisoara, where mom became doctor for all the skilled craftsmen of the local Cooperative. Later, mom chose to work fewer hours and be home in the afternoons, running the household and taking care of the kids, of Mosu, her father, of Peter and Peter’s mom. As their faith was illegal in Romania, the family contemplated a way out of the country to a place where they could be more free. The plan worked out and after a few years of paperwork, and much help from brothers and sisters at the Baptist Church in the USA, we landed in Los Angeles in December 1981. Aurelia restarted her career here in LA, even though it was not an easy task: it took a lot of determination to learn English, pass the TOEFL and ECFMG exams, get an internship without salary for a year at the Long Beach VA in lieu of a residency and then begin work. Not much later, after work in Torrance and Escondido, Aurelia had the chance to buy a family practice in Downey CA. A dedicated professional, she was liked by her patients and respected by her staff. Mom was always a caretaker for everyone around her and an amazing host for many welcomed guests. She made incredible creations in the kitchen for all to enjoy. Her life had obstacles, and she bravely fought through them all, including the last couple of years of illness. In life, her perseverance through adversity, and her pride and self confidence were admirable. Even in dying she gave us a lesson in humanity and love. She lived every day without allowing us to be sad. While mom will continue to live among us as we mention her in our prayers, thoughts and meditations, we’ll still miss her.

Dr. Aurelia Arcan was born in 1932 in Tulcea Romania. She did not have an easy childhood and after overcoming many obstacles, her life was blessed in every way: at home in the family, spiritually, professionally and socially. She grew up during... View Obituary & Service Information

The family of Aurelia Arcan, MD created this Life Tributes page to make it easy to share your memories.

Send flowers to the Arcan family.