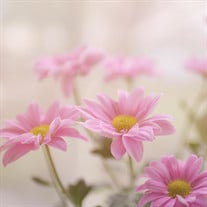 Barbara Ann Gravett was born January 8, 1939 in Quinwood, West Virginia to Percy Lee and Helen Coe Galloway. She was the eighth of eleven children born of this union. She accepted Christ at an early age and was baptized at Shiloh Baptist Church in Alderson, West Virginia. As a young girl, Barbara spent most of her free time alongside her mother, who was an Eastern Star member, frequently traveling across the state attending events together. These memories were cherished very much and would have a long lasting affect on her life. Barbara attended Alderson High School and graduated in 1958. Upon graduation, and with her mother and father’s encouragement she moved across country in order to improve her quality of life. Her oldest brother, Jack along with his wife Peggy, drove from California to Alderson, West Virginia that summer to pick Barbara up. Together the three of them made the long and arduous road trip back to California, often stopping along ROUTE 66 to see many of the sights. Barbara attended Los Angles Harbor College and would go on to become a registered nurse. While in college she would meet the love of her love life Clarence Curtis Gravett Jr. (aka Curt). On November 25, 1961, the two were married in beautiful wedding ceremony at the Wayfarers Chapel, aka The Glass Church, in Rancho Palos Verdes, CA. They honeymooned in Las Vegas, Nevada a destination they would return to many times. Newly wed, Barbara and Curtis Jr. took residence in the city of Los Angeles, and by 1963 were expecting their first child. Soon they would move, spending several years living in San Pedro, CA and eventually having two more children together. At this point, Barbara decided it was time to give up nursing and dedicated herself to the full time job raising her family. They would later move again, settling in Rolling Hills Estates, CA. and Barbara would often tell people the scenery reminded her of the hills back in her hometown of Alderson, West Virginia. Barbara was a strong woman who adored her family, friends, and the church. She was a faithful wife, devoted mother-in-law, loving grandmother, sister, and aunt. Barbara enjoyed a simple, quiet life caring for her husband, spending time with her children, and grandchildren, and traveling. But what she undoubtedly cherished above all, was the unbreakable bond and her unconditional love for her best friend, soul mate, and husband of fifty-eight years. On Monday June 28, 2021 Barbara was called home to be with the Lord and forever be reunited with Curtis Jr. in eternity. She passed away peacefully in her sleep at her home. She leaves to cherish her memories son Clarence Curtis Gravett III (wife Evelyn) of Westchester CA, son Jacques Gravett (wife Nicole Michelle) of Ladera Heights CA, daughter Nicole Ann Straw (husband Kevin) of Palos Verdes CA, brother Donald Galloway (wife Blondell) of San Antonio Texas, granddaughters: Paris Gravett, Sofia Straw and Cara, grandsons: Matthew Gravett, Cade Gravett, and several nephews and nieces. Barbara was preceded in death by her parents Percy Lee Galloway Sr. and Helen C. Galloway, siblings Clara, Jack, Percy Jr., Lloyd, Robert, Billy, Joseph, Richard, and Allan.

Barbara Ann Gravett was born January 8, 1939 in Quinwood, West Virginia to Percy Lee and Helen Coe Galloway. She was the eighth of eleven children born of this union. She accepted Christ at an early age and was baptized at Shiloh Baptist Church... View Obituary & Service Information

The family of Barbara Ann Gravett created this Life Tributes page to make it easy to share your memories.

Send flowers to the Gravett family.