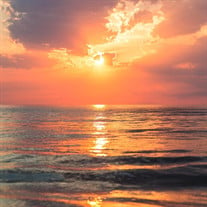 Clifford Leivas passed away at his home in Harbor City on April 11, 2021. He was a loving husband, father, grandfather, great grandfather and friend. He is survived by his wife of 63 years Juanita (Galaz) Leivas, his two children Evelyn (Uchiyama) and Alfred, their spouses Michael Uchiyama and Bradley Jacobson, two grandchildren Elaine Veronica Rodriguez Enriquez and Eric Uchiyama, and great grandson Noah Enriquez. He is preceded in death by his parents Alfred and Katherine Leivas, grandparents Tony and Mary Ashman, his Aunt Nida Thompson (of Temecula), his uncle John Ashman and his brother Charlie Leivas. Clifford Leivas was born December 23, 1935 in Riverside to Katherine and Alfred Leivas. He was a proud member of the Pechanga Tribe. His grandfather Tony Ashman was the first registered member of the Pechanga Tribe and was known for driving a tractor into downtown Murietta well into his 90s. Clifford attended Banning High School. He later joined the Army Reserves. He worked as a longshoreman and trucker retiring from the city of Los Angeles after 55 years of service. He was an active member of the Carson Elks Club and the Holy Name Society at St Margaret Mary Catholic Church. Clifford married Juanita Galaz on September 20, 1958 and raised two children together – daughter Evelyn and son Alfred. After retirement and with their children grown, Clifford and Juanita became avid walkers spending their afternoons in the neighborhood and tending to his aunt Nida and property in Temecula. In the past few years Clifford took care of his beloved wife who is bedridden with dementia. Prior to her being bedridden you would see the two of them walking arm in arm to St Margaret Mary Church on an almost daily basis. He spent a great deal of time working around his yard and house and had a way with plants and animals. Squirrels would get to know him and tap on the glass sliding doors to be fed. Wayward cats and Clifford would become buddies and visit and stay. Every cat that showed up and stuck around was named Petunia by Clifford as that was the cat name his wife remembered. Clifford was a man of few words so when he spoke, you knew to pay attention because the words were important and usually hysterical. He will be terribly missed by his family and all who knew him. A viewing will be held Tuesday, April 27, 2021 from 4-8 PM at Green Hills Mortuary and Memorial Chapel, located at 27501 S Western Avenue, Rancho Palos Verdes, CA. A private graveside service will be held on April 28, 2021 at 9 AM at Green Hills Memorial Park.

Clifford Leivas passed away at his home in Harbor City on April 11, 2021. He was a loving husband, father, grandfather, great grandfather and friend. He is survived by his wife of 63 years Juanita (Galaz) Leivas, his two children Evelyn (Uchiyama)... View Obituary & Service Information

The family of Clifford Leivas created this Life Tributes page to make it easy to share your memories.

Clifford Leivas passed away at his home in Harbor City on April...

Send flowers to the Leivas family.