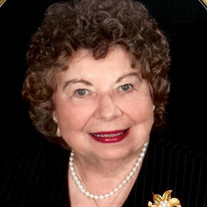 Donnie Joe Terry Wilcox died on April 27, 2021, age 93. She was born on November 4, 1927, in Marietta, Georgia. As the eleventh child of John Henry Terry and Sarah Elizabeth Osborne Terry, she had seven brothers and three sisters. Donnie graduated as the Valedictorian of the Class of 1945 of Marietta High School, where she served as editor of the school newspaper and received the Gradale Silver Cup for the county’s most outstanding student. Donnie was the first woman attorney of Cobb County, Georgia. She received an LLB degree from Woodrow Wilson College of Law, Atlanta, Georgia, in 1948 at the age of 20. After passing the bar exam in June 1948, she was not yet the required age of 21, so she was sworn in to the state bar in February 1949. She joined the Willingham, Cheney, Hicks and Edwards law firm in Marietta. In spring 1949, she met James (Jim) Gerald Wilcox, an engineering student and ROTC candidate at Georgia Institute of Technology (Georgia Tech). Jim graduated in 1949 and served four years in the U.S. Navy, reaching the rank of lieutenant. He returned home to his sweetheart in 1953. Donnie and Jim were married on June 13, 1953. They had two children, James Gerald (Jerry) Wilcox, Jr. and Wendy Elizabeth Wilcox. The newlyweds became active in Marietta’s civic life. They served as co-presidents of the PTA of Hickory Hills Elementary School. Donnie was co-founder and president of Marietta/Cobb County Council of Garden Clubs and served on the City of Marietta’s Fine Arts Committee. Marietta’s mayor selected Donnie to represent Marietta in the HANDS (Home and Neighborhood Development Systems) program led by Lady Bird Johnson for the beautification of America’s highways and historical places. Donnie served as trustee to the Marietta Board of Education from 1963 to 1969. During this time, Georgia integrated the black and white schools, the first state to fully do so. The Marietta school board also tore down all black-only schools, remodeled and integrated white-only schools, and built a new school to accommodate all middle-school students. In 1969, Donnie, Jim and their children moved to Rancho Palos Verdes, California, where Jim started a job with Hi-Shear Corporation in Torrance. Donnie worked in the real estate field for the International Real Estate Network, Archer-Finch Properties, and Coldwell Banker. She returned to the law field with Collins, Gleason & Kinney in Torrance. In 1984 she became director of marketing, assistant administrator and eventually administrator for the Canterbury, a retirement community in Palos Verdes. The Daily Breeze in Torrance honored Donnie as Business Woman of the Year in 1992 and 1994. She retired in 1996. Both lifelong Methodists, Donnie and Jim were active in the First United Methodist Church in Marietta, Georgia, and Riviera United Methodist Church in Redondo Beach, California. Donnie served as chair of the Administrative Board, youth coordinator with Jim, President of the Board of Trustees, chair of the Pastor Parish Committee, president and board member of the United Methodist Women, and founder of the Saturday Sisters Circle. Donnie relocated to Orange County, California, in her later years to be near family. Donnie was married for 49 years to her beloved Jim, who died in 2002. She is predeceased by her parents, brothers and sisters. She is survived by her son and daughter-in-law James G. (Jerry) Wilcox, Jr. and Janice Wilcox; daughter Wendy Wilcox Nugent; grandchildren Janelle and Jason Fox, Jeremy and Amanda Wilcox, Michael Nugent, and Kelly and Daniel Kagan; seven great-grandchildren; and numerous nieces and nephews. Donnie loved flowers, fancy hats and shoes, parties, and her family most of all. Her motto was “Live well! Love much! Laugh often!” A celebration of her life will be held at 1:30 p.m. on June 12, 2021, at Riviera United Methodist Church in Redondo Beach.

The family of Donnie Joe Terry Wilcox created this Life Tributes page to make it easy to share your memories.

Send flowers to the Wilcox family.