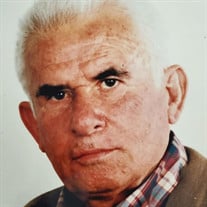 Throughout his very long, healthy and productive life, Hossein, a centenarian+, established himself as the authority in industrial development and end-to-end operations of numerous factories in Iran. At an early age and under the tutelage of his father, he showed his great talent in technical development and operations of electric power plants. His entrepreneurial skills and the ability to translate ideas into design concepts, building parts, or necessary components, and finally, implementation and operations had made him sought-after. As a creative person, he was quite well-known among industrial communities across Iran. His real claim to fame and legacy, among other things, included turning vegetable oil extractions from soy, canola, and cotton seeds into edible liquid and solid forms along with manufacturing corresponding oil cans and containers from scratch. Hossein’s drive on how to do things better made him a recycle and reuse pioneer in his time. He set up systems for reusing meat by-products for poultry feeds, bone meal, and also making soaps in numerous projects. Besides implementing these large-scale operations, he imported large steam boilers for several factories in Iran, where he personally ordered, installed, and made them up and running. His impeccable work quality along with his witty and humble personality made him extremely popular and desirable in his field. A large number of his factories and projects are still in operations and production to date. He admired western technologies, and scientific advancements. Mostly self-taught, he observed and pondered on issues, and had a photographic memory. So much so that, he digested and understood the world history comprehensively. He enjoyed listening to classical Persian music; especially "Barnameyeh Golhayeh Rangarang." With his poised, natural manner, he established good rapport with people from all walks of life, and knew Turkish, Farsi, Russian, English and some German. Being raised among a large family with younger sisters and brother, he was mild-mannered but reserve. He met the love of his life Raissa (Raya) during the implementation and maintenance process in an electric power plant in the small town of Birjand. Being smart, forward-looking and ahead of his time, were important reasons for Raya to be attracted to him. He was a loving husband, and exemplary father to his children who all thrived and followed in his engineering footsteps when they grew up. Thanks to their father’s stellar upbringing, they all received advanced education and became fruitful members of the society. He loved his grandchildren, and always wanted to see them be at their best, and supported them in many ways. Hossein lived long enough to see three adorable great grandchildren too. With their marriage of 70 years, he could not wait to reunite with the love of his life Raya, who had recently passed away. He will be definitely missed; indeed, a big loss to the Iranian Industrial community and by his circle of friends and relatives far and near whom dearly cherished and loved him with fond memories. The services for Gholamhossein can be viewed at the following links: Funeral: https://client.tribucast.com/tcid/67253935 Graveside: https://client.tribucast.com/tcid/56408262

Throughout his very long, healthy and productive life, Hossein, a centenarian+, established himself as the authority in industrial development and end-to-end operations of numerous factories in Iran. At an early age and under the tutelage of... View Obituary & Service Information

The family of Gholam Hossein Barghe-Sharghi created this Life Tributes page to make it easy to share your memories.

Throughout his very long, healthy and productive life, Hossein,...

Send flowers to the Barghe-Sharghi family.