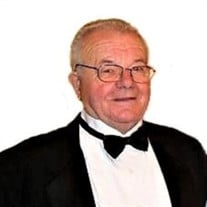 Giovan Giuseppe Sasso was born April 25, 1932 to Luigi and Rosaria Sasso on the beautiful island of Ischia Italy. He was the middle child to two sisters and four brothers. At the age of 18, he met Adele Amalfitano and they happily got married 8 years later on October 27, 1958. While Giuseppe made his living as a carpenter on the island, they had three boys named Luigi, Domenic, and Marco. In 1970, they moved to California to reap the advantages of the American dream. There, they had a daughter named Rosanna. Giuseppe then soon began his career at Todd Shipyard for many years. Giuesppe loved working with wood and made plentiful pieces of furniture-he could also fix just about anything. On the weekends, he dedicated his time to working in his garage or going to people’s homes to repair or create beautiful pieces. In his free time, he loved spending time around the table, talking with friends and playing the Italian card game “Scopa”. There are many memories of him and friends playing for hours and yelling over losing a hand for fifty cents. In fact, most of the pictures found were of him around a dinner table enjoying wine and delicious Italian food. He always had a smile on his face. On Sundays, Italian mass was always top priority and he and his family and friends would walk down by Ports O’Call village afterwards. Giuseppe also enjoyed his casino trips with the Italian Federation and walking down by the Cabrillo Marina every morning. Giuseppe had a wonderful sense of humor. He loved to sing out loud for no reason whatsoever, just to put a smile on your face and make you laugh. He was generous, kind hearted, and most hardworking. He loved his beloved Ischia and revisited there several times after he moved. He probably would have stayed there but he loved his grandchildren too much to leave them behind. His greatest pride was being called Nonno. He is preceded in death by his sons Luigi and Marco. He is survived by his wife Adele, his son Domenic, and daughter Rosanna(Brian), and his wonderful grandchildren Sabrena(Jeremy), Joseph(Ali), Ben, Michelle, Mary, Sophia, and Julia, as well as his great grandchildren Gianna, Gino, Melania, and Brooklyn.

Giovan Giuseppe Sasso was born April 25, 1932 to Luigi and Rosaria Sasso on the beautiful island of Ischia Italy. He was the middle child to two sisters and four brothers. At the age of 18, he met Adele Amalfitano and they happily got married... View Obituary & Service Information

The family of Giovan Giuseppe Sasso created this Life Tributes page to make it easy to share your memories.

Send flowers to the Sasso family.