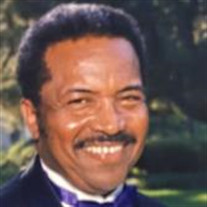 James Lawrence Snowden, 90 years young of San Pedro California, passed away peacefully on Friday, September 17, 2021, in his home after a long battle with Parkinson’s disease. James joined the Air Force and worked in medical services. There he found his calling to pharmacology. Thus, when he left the Air Force, he obtained his degree from Howard University in Pharmacology. With that degree, he began his career as a Pharmacist in the Public Health Service working at the National Institutes of Health. He served in the Public Health Service for over 25 years before retiring to continue his pharmacy career at San Pedro Peninsula Hospital and Harbor General Hospital. Jim worked for over 60 years, and was a longtime member of Holy Trinity Church, San Pedro, CA. He was preceded in death by two of his children Christopher and James Snowden, and his siblings Mary and Francis. He is survived by his wife A. Jean Snowden, children Jane Snowden Galvin and Family, JLee Lynn and Family, Judith Snowden West and Family, Jeffery Snowden and Family, Anthony Snowden and Family, brother John Snowden and Family, and a host of grandchildren, and great grandchildren, as well as several nieces, nephews, cousins, and Friends. Viewing is October 4, 2021, from 4:30-8:30 pm, and the Service is October 5, 2021, from 11:30AM – 12:30PM at the Green Hills Memorial Park, 27501 South Western Avenue, Rancho Palos, CA 20275. Interment directly following the service.

The family of James Snowden created this Life Tributes page to make it easy to share your memories.

Send flowers to the Snowden family.