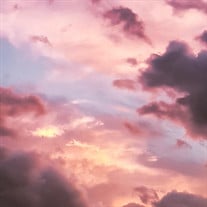 Keenan Don Cameron was born on January 7,1946, in San Diego, California, to parents Don Cameron and Wanda Faye Peyton Cameron. Keenan passed away after a brief illness on December 28, 2020. Keenan is survived by his sisters Janice Carothers, and Millicent Kalivoda, and brother James Giles,Jr., nephews James Giles,III, and Stephen Wallace, and niece Natalie Giles; cousins Linda (Peyton) Moilanen, Susie (Peyton) Gomes Bell, Patrick “Skip” Peyton, and Barbara “Bobbie” (Peyton) Loomis, and by extended family members Mary Lee Pierson and Sister Margaret Shield. Keenan attended Warren High School in Downey, California. After graduation Keenan enlisted in the Navy and served his country as a Radioman, specializing in communications technology. Keenan was honorably discharged on October 7,1971. Following his military service Keenan attended Cerritos college where he studied psychology. Keenan enjoyed a lifelong love of art and music and over the years dabbled with both a paint brush and the guitar. Keenan was also an avid sports fan. Starting with racing slot cars as a teen with his dad, his enthusiasm for competitive sports grew and as an adult Keenan developed specialized computer programs designed to expand his enjoyment of the games he loved. Keenan married the love of his life, Beverly Robb, on December 5,1998, at the St. James Catholic Church in Redondo Beach, California. There they attended mass and enjoyed many lasting friendships. Together Keenan and Bev shared a forever love that continued after Beverly’s passing on December 10, 2011. Surviving and extended family members are all comforted that Keenan and Bev are together again. Keenan was a friend to all. Everyone who met Keenan was struck by his warmth, his optimism, his huge bear hugs and his ever-present smile. Keenan arrived in this world smiling, laughing and loving and continued to share this gift for the rest of his life. We will miss him forever. Keenan will be laid to rest next to his beloved Beverly on Friday, January 15, 2021,at 12:30 p.m., at the Pacific Crest Cemetery, 2701 182nd Street, Redondo Beach, CA.

The family of Keenan Don Cameron created this Life Tributes page to make it easy to share your memories.

Send flowers to the Cameron family.