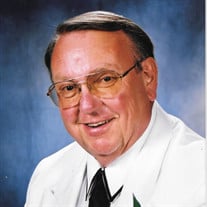 Kenneth (Kenny) Pagel was born on March 2nd, 1938 in North Dakota to Cora and Ralph Pagel. He was the youngest of four siblings and the last surviving. He was preceded in passing by Donald (Keith) Pagel, Ralph (Curt) Pagel, and Carol (Pagel) Kjelvik. He is survived by his beloved wife Sara, sister in law Marilyn, sister in law Raquel, siter in law Christina, brother in law Daniel, brother in law Raphaël, nieces Julie, Karen, Debbie, Barb, nephew David and many great nieces and nephews. Ken graduated from Fargo Central High in 1956. During high school, he worked at Red Owl in the warehouse. This influenced him to go to college and joined the Army Reserves, serving his country for ten years. Ken attended North Dakota State University and graduated with an engineering degree. Having a brother and several relatives in Southern California, Ken packed his bags and began his career in the LA area. He and his brother rented a home together and enjoyed the single life. The two of them always welcomed family to sunny California. Family was a big deal to Ken. He kept track of each and every one of them like it was his obligation and duty. A weekly phone call from him was the norm. If you ever wanted to know what the news or weather was, even though we all lived in different places, Kenny would tell you. Ken also loved to cook, and you never left his home hungry. In his free time, he enjoyed playing cards, traveling, walking on Redondo Beach, as well as taking friends and family on the “.25 cent tour” of Palos Verde Point, San Pedro and Long Beach Harbor. Even though living in LA was busy, Ken enjoyed staying connected to his extended family. He would visit North Dakota and Strawberry Lake in Minnesota every summer he could. In the winter, Ken and Sara would often visit her family in Mexico. Family loved Kenny from the lakes Minnesota to the beaches of Mexico. Ken dedicated his career to the Aerospace industry and worked in LA for many years. Ken married Sara Pagel in 2000. During retirement, the two of them continued to enjoy cruises, traveling with friends and visiting family. Ken also loved reading a good magazine or newspaper and keeping up with the aerospace industry. On a good day, you would find him enjoying the sunshine in his backyard chair near the tangerine tree, listening to his music. Ken’s presence on this earth will be missed. His enduring love will always be in our hearts. Rest in peace Kenny!

Kenneth (Kenny) Pagel was born on March 2nd, 1938 in North Dakota to Cora and Ralph Pagel. He was the youngest of four siblings and the last surviving. He was preceded in passing by Donald (Keith) Pagel, Ralph (Curt) Pagel, and Carol (Pagel)... View Obituary & Service Information

The family of Kenneth James Pagel created this Life Tributes page to make it easy to share your memories.

Send flowers to the Pagel family.