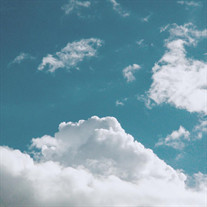 Khun Hay (Kevin) Nguonly, age 71, peacefully departed this life on Thursday, June 24, 2021 from heart complications at UCI Medical Center. Kevin, the oldest of ten siblings, was born November 15, 1949 to You Sieng Nguonly and Lim Khim in the metropolis of Chi He, Kampong Cham, Cambodia. He married his wife Sue Huong Lim in 1983 and had 2 daughters, Esther and Heather. As a young student, Kevin was one of the brightest kids in Cambodia, placing among the top three in the country for academic achievement. He attended schools in the capital, Phnom Penh, making regular trips home for the weekend by boat along the Mekong River. Kevin graduated with a Bachelor of Science degree in Civil Engineering in Cambodia, and awarded a scholarship to continue advanced study in Munich, Germany where he got a degree in Engineering. Afterward he moved to Canada to complete his Masters degree in Structural Engineering at the University of Ottawa in Ontario, Canada. While Kevin was at university abroad, Cambodia was torn apart by war and Pol Pot and the Khmer Rouge communist party overtook the country from 1975-1979. During the years before the country fell, Kevin worked with his brother and father to help six of his brothers escape the country during political unrest. When the Pol Pot regime was overtaken, he helped his parents and the remainder of his siblings out of the country to seek refuge overseas in Canada. He was part of the engineering team that designed the 1976 Olympic Stadium in Montreal Quebec. Kevin later moved to the United States, and worked with his wife Sue in the jewelry business at Golden Castle Jewelry in Southern California. He was passionate about traveling and has visited over 77 countries in 6 continents. He began practicing Tai Chi and has won several regional competitions with the Lightning Tai Chi group. He is preceded in death by his parents and nephew Christopher Kenneth Lim. Kevin is survived by his wife, Sue Lim, his children, Esther Nguonly and Monica Leong, and Heather and Justin Tu, his sister, Sitha Yuk, and his eight brothers, Hay Nguonly, Kenneth Lim, Lim Sour Nguonly, Anthony Nguonly, Lim Piv Nguonly, Lee Nguonly, Lindsey Nguonly and Sonny Nguonly; and 21 nieces and nephews. Funeral services will be held at Green Hills Memorial Park, 27501 South Western Avenue, Rancho Palos Verdes, CA 90275, on Monday, July 5, 2021 at 9:00 a.m.

The family of Kevin Nguonly created this Life Tributes page to make it easy to share your memories.

Send flowers to the Nguonly family.