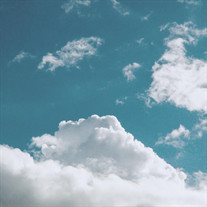 Kevin Leslie Powell, son of Carolyn and Leslie Powell, was welcomed into the family by his older sister, Kimble Powell, on September 23, 1966. At an early age, Kevin demonstrated an advanced intellectual acumen, a keen intuitive nature, a passion for “fixing” things, an interest in motor vehicles, and a restless energy. Kevin started his formal education in Montessori schools from which he whole-heartedly embraced its philosophies of independent thinking, problem solving, and collaborative partnerships. Kevin received his primary education at President Ave Elementary, Chadwick School and Fleming Junior High School. During this period, he was actively involved in sports and took a keen interest in computers, electronics and all things mechanical. At Chadwick, Kevin was introduced to computers and programming. Kevin matriculated to Narbonne High School in 1991. As a freshman, Kevin was invited to try out for the JV basketball team. Unfortunately, double hip surgery cut his athletic career short. Kevin then began fine tuning his computer, automotive and entrepreneurial skills. He continued to nurture established friendships and he began to build a network of lifelong friends. As Kevin pursed his life dreams, he would carry these friendships and skills throughout his adult life. Kevin was an entrepreneur at heart. In 1990, he started his first business LA Euro Designs, an automotive performance and customization retail store. In 1992, he and good friend Rodney opened Computer Zone where they used their programming skills to develop, market, and support a point-of-sale software platform for cell phones and the now extinct paging industry. He started other ventures including Lil’Speedsters, a business providing racetrack experiences for youngster. All the while, Kevin completed training and received certifications to work in the security and mortgage industries. During his tenure at the security company, he managed teams providing security for top Hollywood shows, including American Idol, American Inventor, and the Teen Choice Awards. This job earned him best uncle ever by his niece and nephew when he got them access to the Rugrats Movie Premier party. Through all the jobs, Kevin continued to provide computer consulting and troubleshooting services. Despite the many titles he held, the job most important and the one he took most seriously was father to his two girls, Arika and Aliya. Kevin doted on his girls and, to their chagrin sometimes, would do just about anything for them. He loved to host special birthday parties and plan outing and get-a-ways. He relished the opportunity to work on various projects with them. Kevin suffered a stroke in 2016. Over the last years he would regale stories from over the years. Some of the stories were good or funny others not so much. Regardless, he always reflected on the friendships and relationships he developed over his lifetime, particularly with his inner circle, with reverence in a Kevin Powell kind of way. But on Wednesday, August 25, 2021, Kevin left the trials and tribulations of life behind. Kevin was preceded in death by his maternal and paternal grandparents, his uncle, and his dog Baby each of whom held a special place in Kevin’s heart. Kevin’s life and the times shared with him will be remembered and cherished by his daughters: Arika and Aliya Powell; sister, Kimble Powell; his parents, Carolyn and Leslie Powell; his niece and nephew, Ashley and Brandon Powell; his aunts and uncle, Bernadette Derr and Roseanne and Roddy Roderick, loving cousins and a host of devoted friends.

Kevin Leslie Powell, son of Carolyn and Leslie Powell, was welcomed into the family by his older sister, Kimble Powell, on September 23, 1966. At an early age, Kevin demonstrated an advanced intellectual acumen, a keen intuitive nature, a passion... View Obituary & Service Information

The family of Kevin Powell created this Life Tributes page to make it easy to share your memories.

Send flowers to the Powell family.