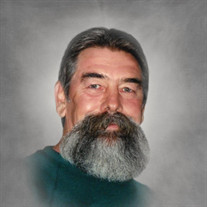 Larry Bridgeman, 71, of San Diego, Ca, passed away peacefully on 12/12/21 as a result complications resulting from an aortic dissection; Larry’s wife, Joan was by his side, comforting him through to the end. Larry was born on May 24, 1950 to Ernest Bridgeman and Mary Pressley in Tryon, North Carolina. Due to Larry having chronic asthma, the family move to California where they made their home in Hawthorne, CA. Larry attended grade school and graduated from Hawthorne High School in 1968. He ventured in various lines of work until he settled in a career of professional painting with Conoway & Sons; with Glen and Mary Conoway treating him like one of the family. Being a true perfectionist, Larry was a top notch painter. Larry met his wife, Joan in 1978, however it wasn’t until 1989 that Larry asked her if she’d be interested in going out with him. Two years later they were married and celebrated their 30th wedding anniversary in July. Their 32 years of life together were filled with many adventures of camping, fishing and trips to Vegas. Larry wasn’t too happy with the thought of moving to San Diego, CA in 1996, due to his wife’s job relocation, but in time grew to love what the city had to offer, plenty of golf courses. Larry was predeceased by his parents, Ernest and Mary Bridgeman, Aunt Edith Willis, Uncle Buck Snyder and Cousin Don Snyder, who have passed away. He is survived by his Brothers, Nick and Jimmy Bridgeman, Sister-in-Law, Pamela; Nephew Andrew living in Hawthorne, Ca.; Niece Rachel Bridgeman lives in Long Island, NY and Granddaughter, Mia lives in Long Beach, CA. His relatives in North Carolina are Aunts Betty Oliver, Frances Ruff and Barbara Jean Bradley; his Uncle Robert Pressley lives in Chesnee, South Carolina and Aunt Margaret Pressley in Texas, and their families who are still alive. Joan has requested a celebration of life be held in Larry’s honor as opposed to a traditional funeral service. We request all of Larry’s family and friends to join us in celebrating his life at Green Hills Memorial Park, 27501 Western Ave, Rancho Palos Verdes, CA 90275, on 1/29/22 at 11:30 a.m. For those who will not be able to attend, you can view a live stream of the service or the recorded version at a later date, up to 90 days from the date of the service. https://view.oneroomstreaming.com/ Event ID: GreenHills Password: VP2FZR

Larry Bridgeman, 71, of San Diego, Ca, passed away peacefully on 12/12/21 as a result complications resulting from an aortic dissection; Larry&#8217;s wife, Joan was by his side, comforting him through to the end. Larry was born on May 24, 1950... View Obituary & Service Information

The family of Larry Bridgeman created this Life Tributes page to make it easy to share your memories.

Send flowers to the Bridgeman family.