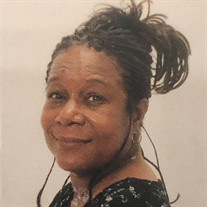 Margaret Simon was born the second of six children, to Thaddeus Merriweather Sr. and Opal Kelly-Merriweather, on February 21, 1944 in Omaha Nebraska. She married Joseph W. Simon and moved to Southern California where she began working at Kaiser Permanente Hospital in Harbor City. She worked at and retired from Kaiser Permanente after over 35 years of service. With 8 children, she became an active member of First Holy Mt. Zion Missionary Baptist Church under the leadership of the late Dr. W.J. English. Mother Simon was the church clerk, Sunday school teacher, choir director and a faithful member. Under the leadership of Overseer Terry Nelson, she continued to labor as part of the finance committee and the president of the Women’s Ministry, where she spearheaded the Recycling Ministry as well as the Holy Mt. Zion Harvest Bags which donated to multiple women’s homes throughout the year. She completed her Evangelism Training course where she received her certification from the Bethel Baptist Church (R. Pope – Pastor) and played an active role as part of the women’s division for both the Baptist Minister’s Conference of Compton and the Baptist Minister’s Crusade Louisiana/California Chapter. She loved family, the word of God, a good movie, a great joke and music. She was the pillar to her family and wise council to many others. Her smile infectious, her love genuine, a tremendous blessing to many, and will be greatly missed by all. She was a loving wife, mother, grandmother, aunt, sister and friend. She departed this life on Monday, April 25, 2022 in Long Beach, California and was preceded in death by her parents Thaddeus and Opal Merriweather, sister Loretta Hill, husband Joseph Simon and son LaMar Simon. She leaves to cherish memories her brothers Thaddeus Jr., Wilbert, Lawrence and Harry. Her children Jerome, Ronald, Jeffery, Gidget, Lorrick, Jeannette and Joseph. Grandchildren, great grandchildren, nieces, nephews, her extended family, her church family and a host of close friends that truly love her and will miss her deeply.

Margaret Simon was born the second of six children, to Thaddeus Merriweather Sr. and Opal Kelly-Merriweather, on February 21, 1944 in Omaha Nebraska. She married Joseph W. Simon and moved to Southern California where she began working at Kaiser... View Obituary & Service Information

The family of Margaret Arlene Simon created this Life Tributes page to make it easy to share your memories.

Margaret Simon was born the second of six children, to Thaddeus...

Send flowers to the Simon family.