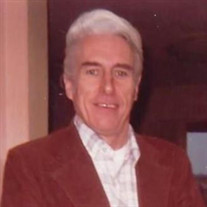 Meredith Kemper Eick, beloved Husband, Father, Uncle, Grandfather and Great Grandfather passed away on Friday July 30, 2021 in Torrance, California. He was born to John Alfred Eick and Viola Emma (Lichtenberg) Eick on August 25, 1927 in Colorado Springs, Colorado. His Dad died when he was 5 on April 4, 1933. Soon after, he and his Mom moved to Marshall, Minnesota, where he grew up. He served in the Navy during World War II as an Aviation Electronic Technician Mate 3rd Class. He got his Master’s Degree in Electrical Engineering from the University of Minnesota. He married Loretta Arlene Meyer on August 24, 1951 in Ellsworth, Wisconsin. They were married for 69 years. They had 4 children, Kemper, Janice, Kevin and Jeffrey. He and Loretta came to California in May 1955. They lived in Gardena and Torrance, California for 66 years. He worked for Hughes Aircraft as an Electrical Engineer and Chief Scientist for 35 years. He worked on many satellites built by Hughes including SYNCOM 2 (the world’s first Geosynchronus Satellite) launched on July 26, 1963. He has least 3 patents. Through his work he visited many places around the world including Japan, Nigeria, Germany, Indonesia, France, Britain, Canada, Australia, Fiji, Guam and many US states. He enjoyed backpacking, camping, hiking, hunting and skin and scuba diving. He also enjoyed astronomy including looking through a telescope at the moon and stars. He also enjoyed card games (Hearts and Wist). He was a HAM radio operator with the call letters K6QEC. Being a mathematical wizard, he liked to lecture everyone about Quantum Mechanics and String Theory. He is preceded in death by his parents and his daughter Janice. He is survived by his wife, Loretta, son’s Kemper (Naomi), Kevin (Kathryn) and Jeffrey, 6 Grandchildren and 4 Great Grandchildren.

The family of Meredith Eick created this Life Tributes page to make it easy to share your memories.

Send flowers to the Eick family.