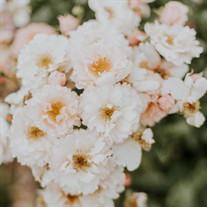 Nelvia was born to Leota Laura (Locke) and William James Morrison in Bellingham, Washington on November 4, 1921. Her siblings included older brother, Jack, and younger brother and sister, Robert and Marilyn. The family lived mostly in Bellingham, but also in Blaine and Anacortes, Washington as her father moved to manage pulp mills owned by the Morrison family. Growing up, she felt some sense of status with the pulp mills providing much employment, even during the depression. Also, her grandparents contributed greatly to the funding the the Presbyterian Church built in Bellingham. She graduated from high school in 1939 and from Western Washington College in 1944 with a major in education, a minor in home economics, and a teaching credential. Her first teaching assignment was high school typing and home economics in a very rural community near Friday Harbor,WA. She was not much older than some of her students. All her teaching positions afterwards were elementary level, 1st, 2nd, 3rd grades. Her high energy and adventurous spirit took her to one in San Diego. A two week summer vacation to Hawaii led to a two year stay with another teaching position and acquaintance with a handsome Army Air Corps pilot, Vernon (Barney) Kuxhaus, whom she married on July 2, 1948. The couple returned to Bellingham for the birth of her first child, Steven James, in 1949. When Vernon was called up to serve during the Korean Conflict the family of three moved to Fairbanks, Alaska for a year and a half. Nelvia taught there as well. The family returned to Washington and lived in Seattle when daughter, Karen Lynn, was born in 1953. In August 1955 the family of four moved to the Los Angeles area for Vernon to attend Chiropractic College. Nelvia secured a teaching position at Centinela Elementary School, Inglewood Unified School District, where she taught for 25 years, until retirement in 1980. She was a proud career woman with a passion to serve the needs of her students. She was very pleased to be receive the Outstanding Classroom Teacher award granted by the Chamber of Commerce for 1973-1974. Since infancy, Nelvia was known for her social and talkative nature. She was an instant reader, which served her well when housebound during bouts of asthma, reading classic literature at a young age. As an adult she would breeze through a “who done it” novel in an evening. Even skipping chapters, she had “who” figured out before 2/3rds of the way through. Yes, she loved to read. She also kept up on her homemaking skills: sewing for the family, cooking and sharing recipes, and hosting special meals. Nelvia loved her social/service club activities. During her teens she was very involved in The Order of Rainbow Girls, serving offices and attending dances and conventions. In college she pledged to the Delta Upsilon Sorority. She was member of A.A.U.W, P.E.O. for 61 years, and also enjoyed the Las Vecinas club upon retirement. She developed deep friendships loved spending time with her “silver and gold” friends, even a group of girls from junior high years in Bellingham. Upon retirement in the 1980’s Nelvia and Barney began to travel. They loved road trips about the United States and travel abroad to Hawaii, the U.K., France, Spain, Italy, Scandinavia, Russia, The Caribbean, and Peru. Nelvia believed in education and in one’s responsibility to become their best in whatever chosen line of work. She made acquaintances with the young servers in her favorite restaurants in Torrance, quizzing them about their ambitions and educational paths. They would seek her out to share about their progress and accomplishments. Nelvia, Vernon and children moved into a new home in Torrance in 1964. In 1971, the almost empty-nesters moved into the adult community of New Horizons and lived there for 39 years. Health concerns prompted Nelvia and Vernon to move near their daughter in Camarillo August 2011. Survivors include daughter, Karen Lynn and husband David Richard Oliver; Grandson, Michael David and wife, Kavitha, and grandson Niam; Granddaughter, Janine Marie Oliver; sister Marilyn Grace; Gilkey; sister-in-law, Ruth Morrison, and several nieces and nephews.

The family of Nelvia M Kuxhaus created this Life Tributes page to make it easy to share your memories.

Send flowers to the Kuxhaus family.