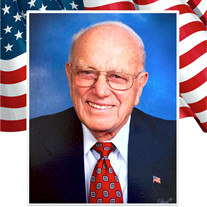 Orin “Neal” Hertzmann was born August 17,1929 at Chanute Army Air Corp Base in Illinois to Louis and Olga (Betty) Hertzmann. He was raised primarily in Gibson City and Champaign, Illinois. In high school, Neal excelled in Latin and Math, participated in wrestling and worked at the local grocery store. He continued his education at the University of Illinois where he was enrolled in the ROTC program, was a member of the Pershing Rifles (a military drill team), played soccer, and wrestled. His senior year he eagerly accepted a job with Douglas Aircraft and moved to sunny California. In 1951 he received his degree in Mechanical Engineering. While waiting for his security clearance, the Army called him up as a 2nd Lieutenant. He was assigned to the Armored Division at Fort Knox where he joined the basic training divisions teaching tank driving and maintenance. Shortly thereafter he was made Company Commander of a 200+ man group. He served for 2 years and then received a Hughes Aircraft Fellowship to attend USC, where he graduated with an MS in Mechanical Engineering in 1956. He worked at Hughes Aircraft for the next 35 plus years, primarily in the Space Program. Much of Neal’s work was classified and at his retirement his government customer, Mr. Iwai, stated “Because of Neal, this country is a much safer place!” In 1955, he met Peggy Crutchfield in a company bowling league. They married on September 5, 1959, at the Glass Church in Portuguese Bend. Neal and Peg had a loving partnership for the next 43 years and loved Palos Verdes. They became charter members of Ascension Lutheran Church and were active in their kids’ sports and activities. Neal was instrumental in bringing AYSO to PV, and quickly became head referee, coach, and league commissioner. He also coached softball and baseball. He served on the PV School Board for 8 years and on the LA County Committee for School Districts. After retiring, he and Peg moved to Big Bear in November 1989 for peace and quiet but that didn’t last long! Neal was appointed to the Big Bear Lake DWP Board in 1993. In 1994 he was elected to serve the City of Big Bear Lake as its 10th Mayor. He proudly held this position for four years. Neal was heavily involved in the community. He served on Old Miners Days committee, Senior Center Board of Directors, and as President of Kiwanis Clubs. He was an active member of Spirit of Peace Lutheran Church and cherished living in “God’s Country.” Neal spent much of his later years, traveling in his motorhome with Sandy visiting friends and family. Neal passed away peacefully at home surrounded by his family on February 21, 2022. His love and loyalty will live on forever in all of us: Sandy Washabaugh, his companion for the past 18 years, his daughter Kim Marnin and son-in-law John, his son Steve Hertzmann and daughter-in-law Hali, his daughter Julie Marada and son-in-law John, his 6 grandchildren Aubrey (and Anthony), Jordan, Justin, Brittany, Jake (and Chelsea), and Maddison, and his new Great Granddaughter, Chloe. We invite you to join us for a celebration of his life: Saturday, 3/12/22 at 4:00 PM: Ascension Lutheran Church, 26231 Silver Spur Rd, Rancho Palos Verdes, CA 90275. Reception following. Saturday, 3/19/22 at 1:00 PM: St Columba’s/Spirit of the Peace Church, 42324 N. Shore Drive, Big Bear Lake, CA 92315. Reception following. In lieu of flowers, please consider donating to the Neal Hertzmann Memorial Fund ℅ of Ascension Lutheran Church, 26231 Silver Spur Rd, Rancho Palos Verdes, CA 90275 or St. Jude Children’s Research Hospital – Neal Hertzmann, memorial. Website address: http://giftfunds.stjude.org

The family of O. Neal Hertzmann created this Life Tributes page to make it easy to share your memories.

Send flowers to the Hertzmann family.