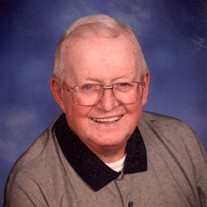 Robert Allyn Vars Robert was born on September 7th 1931 in Newport, Rhode Island, the youngest of 15 children and the last to go to heaven. His father was William James Vars and his mother was Jennie (Kelley) Vars. He loved life and told many stories of his childhood adventures with his dad and brothers and of course his beloved dog, Toby. He started his adulthood earlier due to him losing his dad at the age of 13, by joining the Navy at the age of 17. By being on a ship for 6 months he discovered that the he was made for land, so once back he changed his commission to the Air Force which he served for over 20 years. After a year in Thailand with the Air Force, he decided for a change and started a new career with Siemens Health Diagnostic and worked another 20 years as a warehouse manager. Throughout the years he worked second jobs in Maryland and Alaska as well to provide for his family. He met his wife Joan of 65 years, at a USO dance where he had to pay a dime to dance with her. They started dating and were married on July 3rd 1955. He told this story many times recently as he missed Joan very much. He wore their wedding rings around his neck and kissed it every morning and would talk out loud to Joan as he had many of her pictures in front of him at all times. They are now once again dancing to the Big Bands in heaven. Bob and Joan started their family in Hyannis, MA where Keith Allyn Vars was born. Moving shortly after to Misawa Air Force Base in Japan where Cynthia Joan Vars was born. They both had many stories of Japan about enjoying the people, the culture and the cherry blossom trees; but not the earthquakes. They were reassigned to Upper Marlboro County, Maryland where their 2nd son, Kevin Wesley Vars was born. Living off base, down a dirt road behind a tobacco farm they had a quaint little house. This is where Bob started a very large garden and enjoyed his time outside. Bob was then reassigned to Fort Wainwright Army Base in Alaska that has a small Air Force unit. Bob once again enjoyed working in his yards and receiving awards from his summer flowers and winter displays. He took his family on many camping trips to various locations in Alaska, his favorite was Birch Lake. He was then reassigned to El Segundo, CA Air Force station. Bob and Joan settled in Torrance, CA where they bought their first home and Bob was able to stay there till the end, due to his sons taking care of him. Bob was a gentle spirit and a man of few words but not when it came to a good joke or a good story. He loved to listen to music and loved singing and whistling along. In playing scrabble he would have a song for every word that was played. He was very active with his church, Del Aire Baptist Church in Hawthorne where he was the treasurer for many years. In later years, they joined Torrance 1st Baptist and loved attending the Senior weekend trips. He also participated in his son's Boy Scout events and church youth activities. Bob also enjoyed riding his bicycle around Torrance creating various paths to visit movie sets, construction sites and various pit stops making many new friends along the way. He was a very proud American and loved his country, as he put his flag out everyday on his custom built flag pole. He was very proud of being in the Air Force and that he could serve his country. He was a great father and grandfather. He was a provider, spirit leader, handyman and teacher. Some of the family's Bob lines are: "Whatever" in his New England accent. For any problem, he would say "Water under the bridge" or "Consider the source". Teaching others to move past the problem as life is too short. He is survived by his 3 children + 5 grandchildren: Elizabeth Meneni, Crystal Anderson, Brandon Vars, Marci Magnuson, Justin Vars (Deceased) and Marissa Vars as well as his 2 great grandchildren Vincent and Dawn.

Robert Allyn Vars Robert was born on September 7th 1931 in Newport, Rhode Island, the youngest of 15 children and the last to go to heaven. His father was William James Vars and his mother was Jennie (Kelley) Vars. He loved life and told... View Obituary & Service Information

The family of Robert Allyn Vars created this Life Tributes page to make it easy to share your memories.

Send flowers to the Vars family.