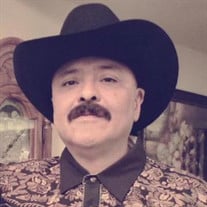 Roberto Zendejas was the most loved, generous, friendly, and all-round likable person we all knew. He remained strong through his arduous and painful battle with liver disease, and was finally able to Rest In Peace on May 16, 2021. He was born in Tangancicuaro, Michoacán and raised alongside his three brothers by his parents, Luis and Ana María Zendejas. After high school, he received his welder’s certificate and excelled in that passion until he was hired to work at the Port of Long Beach as a longshoreman. He loved what he did and was always one of the best at it. He loved taking things apart and putting them back together. Just one week before his passing he refurbished a Schwinn tricycle for his grandsons. He enjoyed classic cars, bikes, movies and songs, but most of all loved dancing with his wife Norma at bailes, parties, and concerts. They met at a party in Tangancicuaro and were married two weeks later. He often said he didn’t just love Norma; he adored her. They were soul mates and she was able to be by his side until the end. His family always came first. Together with his wife Norma, he raised four strong, self-sufficient and college-educated women who will carry on his legacy. Though he himself never liked school, he was inspired by his daughters whenever they attended award ceremonies. It was his dream to one day stand on stage to award a scholarship to a college-bound high schooler. His daughters will make this dream a reality because he left them with all the tools they need to do this and so much more, from changing their own car starters to cooking his carne en su jugo. “If there is something you want to do in life, do it,” were some of his final words. His heart was so big that he was able to leave each of us with us a piece of it. He wasn’t just the life of the party. He was the party. Wherever he went, he led with love and generosity and brought with him his jokes, his contagious smile, and a Bud Light. Roberto lived a happy and complete life in just 54 years and he truly did it his way. He was able to travel the world, make new friends left and right and raise four successful girls. We will have memories to remember him for generations and are grateful for every minute God let us be with such a charismatic and loving soul. Roberto is survived by his wife, Norma; his daughters Estefany, Vanessa, Chelin, and Evelyn; his son-in-law Joey; his grandsons, Robert and Jonathan; his parents, Luis and Ana Maria; his brothers, Jose Luis, Felipe and Mikee; and his many cousins, nieces and nephews, and godchildren.

Roberto Zendejas was the most loved, generous, friendly, and all-round likable person we all knew. He remained strong through his arduous and painful battle with liver disease, and was finally able to Rest In Peace on May 16, 2021. He was born... View Obituary & Service Information

The family of Roberto Zendejas created this Life Tributes page to make it easy to share your memories.

Roberto Zendejas was the most loved, generous, friendly, and...

Send flowers to the Zendejas family.