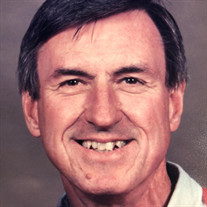 Doug Stott, 87, of Rancho Palos Verdes, died Sept. 30 due to complications from a brain tumor. A memorial service will take place on Nov. 14 at 2 pm at Green Hills Memorial Park, 27501 S Western Ave, Rancho Palos Verdes, CA 90275. Roy Douglas Stott was born July 20, 1933, in Torrance Hospital, to Roy and Oleta S. (nee Smith) Stott. Doug grew up in Redondo Beach and captured childhood memories in a memoir, “Redondo Ramblings,” published earlier this year. Doug met his future wife in high school when they both served in The Ivy Chain honor ceremony for graduating seniors. Doug and Mary Ann Stone married on June 19, 1954, and had two sons, Mark and Jon. An avid sports fan, Doug played football and ran track at Redondo Union High School, and played football at El Camino College until injury ended his career. Doug spent hours coaching and watching his sons play football and baseball, and spent many summers camping and water skiing with family and friends. Doug attended UCLA but fell one class short of graduating. He worked in the wire and cable industry for decades before founding RDS Wire and Cable of Gardena in 1985. He continued as CEO until his death, and will be sorely missed by the company’s longtime employees and customers. Doug and Mary Ann traveled the world after retirement, visiting Europe, Africa, China, Russia, and all over the United States. For years, they had a second home in Pine Mountain, CA, where they especially enjoyed golfing with friends. Doug was known for his sense of humor, his strong work ethic, and his generosity toward others. He was a loving husband, father, grandfather, and friend. He is survived by his two sons, Mark, of Oceanside, and Jon, of Torrance, four grandchildren, five great-grandchildren, two nieces, and two nephews. He was preceded in death by his wife, Mary Ann, in 2018.

The family of Roy Douglas Stott created this Life Tributes page to make it easy to share your memories.

Send flowers to the Stott family.