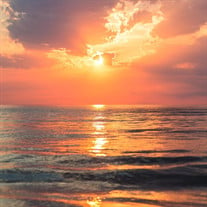 Sanni Wehbe Jr., beloved son, brother, nephew, passed away at the age of 30, on Saturday, May 8, 2021 while enjoying a newly found adventure that he fully embraced, motorcycle riding. Born in Los Angeles, CA on August 3, 1990 to Sanni and Mohana Wehbe, “Nunu” as he was fondly called by his family, was the eldest amongst two boys. From his formative years, Sanni Jr. was a gifted child and exhibited curiosity and quest for greater achievements. His elementary years were spent at Hollywood Little Red School House. After the family moved to Rancho Palos Verdes in 2003, he attended Miraleste Intermediate and Palos Verdes Peninsula High School. In high school he joined Model United Nations and delved into the world of international relations which would later serve him well in advancing his career. He also spent four years on the high school wrestling team spiking his curiosity to begin mastering the art of Jiu Jitsu and ultimately earning a Black Belt, the highest achievement in that discipline. He began his academic journey at Santa Barbara City College and transferred to UC Santa Barbara earning a BA with a Major in History and a Minor in Japanese. It was at UCSB where he was first exposed to Japanese society and piqued his interest to further explore the culture by studying a year abroad in Tokyo. He was driven and ambitious which fuelled his energy to quickly learn Japanese and assimilate. He took a leap of faith and upon graduating UCSB in 2013, he accepted a job at SoftBank in Japan and spent six years navigating these foreign waters and mastering the business intellect of corporate Japan. He was sought out by Japanese corporations for his savviness, business acumen and unparalleled work ethic. He returned home in October 2019 and continued his career in sales as a liaison between corporate America and corporate Japan. He continually ceased opportunities to learn and grow, and in April 2021, he earned his MBA from Quantic School of Business and Technology. While he was known as an intellect, he was affable, witty, loved to tell jokes and cleverly assigned pet names to his family which triggered a lot of laughter and banter. In his leisure time, he coveted the moments he spent with his family and friends including, hanging out with his uncles, coffee runs to his favorite cafe, riding his motorcycle, exploring new cuisines with friends, rolling with his Jiu Jitsu pals, traveling globally, and spending time with his parents and brother. He touched the lives of those around him in so many ways and family and friends recall he was a remarkable young man with a kind heart and a sweet soul. There was a genuine love for all that he graced, and while he will be missed immensely, he will forever live in our hearts. He is survived by his loving parents Sanni and Mohana Wehbe and younger brother Matthew Wehbe (fiancé Jennah Petty). He is also survived by his maternal grandmother, Julee Boulos, his five maternal uncles and aunts Munir Boulos, Manal Boulos, Madonna Boulos Deek, Mokhlis Boulos, Maher Boulos and two paternal uncles and aunts Samir Wehbe and Samia Wehbe, as well as over two dozen cousins and extended family members. Sanni Jr. was laid to rest in a private ceremony at Green Hills Mortuary. A memorial mass will be held at 1pm on Friday, June 4th, 2021 at Holy Trinity Catholic Church in San Pedro and all are welcome to attend and celebrate his life. Expressions of sympathy may be made in contributions to the Rotary Club of San Pedro - Rotary Foundation, “In Memory of Sanni Wehbe Jr,” P.O. Box 1021|San Pedro, CA| 90732.

Sanni Wehbe Jr., beloved son, brother, nephew, passed away at the age of 30, on Saturday, May 8, 2021 while enjoying a newly found adventure that he fully embraced, motorcycle riding. Born in Los Angeles, CA on August 3, 1990 to Sanni and... View Obituary & Service Information