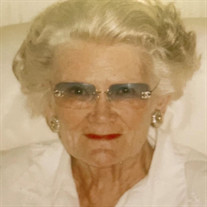 Born July 15, 1926, in Grand Forks, North Dakota, daughter of Eliza Beulah and Ellsworth Origines Silseth, Shirley passed away peacefully surrounded by her family in the early evening, on September 26, 2021. As a young girl, her childhood was spent in Minneapolis, Minnesota with summers at her grandparents’ farm in Inkster, North Dakota. She was the Oldest of two children. Her younger brother was John Richard Silseth. She graduated from a five year nursing program at the University of Minnesota, where she met Irvin J. Wilson. After they were married Irvin was hired in the Aerospace business. As a result they moved to California in 1949. They were married until his passing, in 1990. She began her career as a Registered Nurse with the Los Angeles County Health Department as a Public Health Nurse for seven years. She then moved on to School Nursing and was employed by the Palos Verdes School District for 22 years. She raised two girls, Kathleen and Barbara with Irvin, in an ideal 1950’s suburban family life on the Palos Verdes Peninsula. She was a model for the local paper advertising the new home development that she lived in for 57 years. During her time in Palos Verdes, she and Irvin became charter members of Ascension Lutheran Church in 1960 with Irvin being the first president. During his time on church council he assisted with building the church. Shirley served as President of the Church after Irvin’s passing for several years. Also during her time in P.V., she got her girls involved in Girl Scouts, and was a leader for Kathy’s troop. Throughout her 22 years at the Palos Verdes School District, she worked at many schools. She ended her school career in administration at the district office. She enjoyed many evenings with friends in bridge clubs and square dancing clubs and loved to entertain by hosting couples and friends for dinner parties and events both at her Palos Verdes home and at the church. Travel was also a large part of her life, taking many trips around the world to Russia, Japan, Mexico and Europe, and several cruises. In the early years when her daughters were young, years were spent camping in Yosemite, Kings Canyon and Sequoia. This activity was also shared with neighbors and their families. In 2000, Shirley Married Ralph McCleary. They also enjoyed traveling, bridge and living in Palos Verdes together until his passing in 2006. After Ralph’s passing, she met Robert North and had a spiritual ceremony in Palos Verdes to commit their love for each other. They continued the tradition of travel and playing in multiple bridge tournaments all around the South Bay area and then in San Diego. They moved together to San Diego and, until her passing, lived at The Remington Club for six and a half years, where Robert North still resides. She is survived by her two daughters, two grandchildren, five great-grandchildren and Robert North. A viewing will be held October 23, 2021 at Green Hills Memorial Park from 9 am -1pm followed by internment and a Memorial Service at 1:30 pm. Memorial contributions may be made to the following: Ascension Lutheran Church in Rancho Palos Verdes, Incarnation Lutheran Church in Poway, CA, or the American Cancer Society.

Born July 15, 1926, in Grand Forks, North Dakota, daughter of Eliza Beulah and Ellsworth Origines Silseth, Shirley passed away peacefully surrounded by her family in the early evening, on September 26, 2021. As a young girl, her childhood... View Obituary & Service Information

The family of Shirley Ann Wilson created this Life Tributes page to make it easy to share your memories.

Send flowers to the Wilson family.