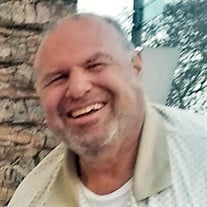 Stanley was very good at striking up conversations and liked to meet and converse with new acquaintances, especially people from other cultures. He liked to read dictionaries, world atlases and travel books. Stan also liked to read about ancient cultures, dreamed of traveling to distant countries and learned to speak a few words in many languages. At night, when radio signals travel farther, he listened to his shortwave radios. He was very gregarious and friendly. When he met someone, he would often ask their nationality and start a conversation trying to say a few words in their native language. Stan enjoyed the physical challenges of sports, especially baseball and had a large collection of trophies. Stan was known as "Stan the Man" by his baseball teammates. He was a pitcher throughout Little League, high school, and college. He enjoyed bicycle riding and fine tuning them as well. Stan also participated in team Frisbee, shot pool, played tennis, and went bowling. He enjoyed playing backgammon and won several tournaments. Stan liked to play board games, including chess and checkers as well as card games. He liked trivia card games. He was up for any game, even tiddlywinks. He enjoyed taking pictures and often had a camera with him. Although Stan didn't possess advanced degrees, he pursued education in a variety of fields. He attended El Camino College, Cal Poly Pomona (Ag Business), Harbor College (Liberal Arts), CSU Dominguez Hills (business) and the Southern California Regional Occupational Center. He also had certificates in electronics and computer repair. He was good natured and always wished others well, even when things weren't going well for him. He had extraordinary tenacity and the ability to withstand adversity - he never gave up. This was exemplified in the biggest challenge of his life, when he was severely injured with a broken neck, leaving him paralyzed and on life support. One of the hospital staff commented that he was the best patient in the hospital - he smiled, often gaining the affection of many of the staff. He was honest and could always be counted on to do the right thing and was always ready and willing to help someone in need. We will miss him. Stan is survived by his two brothers, Alan and Gary, both residing in Torrance. In lieu of flowers donations will go to: Saint James Armenian Apostolic Church in Los Angeles (www.stjamesla.net)

Stanley was very good at striking up conversations and liked to meet and converse with new acquaintances, especially people from other cultures. He liked to read dictionaries, world atlases and travel books. Stan also liked to read about ancient... View Obituary & Service Information

The family of Stanley A. Sarkisian created this Life Tributes page to make it easy to share your memories.

Stanley was very good at striking up conversations and liked...

Send flowers to the Sarkisian family.