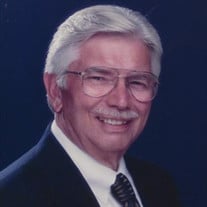 The family requests, in lieu of flowers, please select a hospice organization of your choice to support.

Send flowers to the Woodruff family.