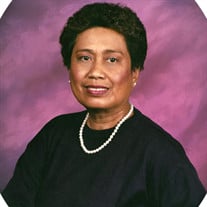 Zenaida Taluban Orbe was born on May 5, 1947 in San Fernando, La Union, Philippines to Marino and Sabina Taluban. She is survived by her younger brother, Reynaldo Taluban and younger sister, Myrna Taylor. Zenaida went to Christ The King for elementary and La Union School of Arts and Trade for high school. Zenaida graduated from De Ocampo School with an Associate's Degree in Nursing in 1968 and finished her Bachelor's of Science in Nursing from Far Eastern University in 1969. Zeny was married to Conrado C. Orbe on March 7, 1971 in San Fernando, La Union, Philippines. Conrado's mother, Leonarda, introduced her son to Zeny. Zeny, at the time, worked as a nurse at Philippines General Hospital. Conrado and Zeny moved to the United States not too long after their marriage in 1971. As like many other immigrant success stories that have been told, Conrado and Zeny came to the US only with $50 USD in their pockets. In 1973, they had their son, Philipp and then in 1979, they had their daughter, Dorothy. In 1984, they bought a home in Gardena and began to achieve their American Dream. In the United States, Zenaida was employed at Saint John's Hospital and then moved to Cedars Sinai Medical Center where she worked for 38 years until retiring in 2013. On October 27, 2011, she graduated from Jerry Saville Bible School of Ministry. Zeny's passions were being active at Harbor Christian Center, world mission trips to the Philippines as well as several other countries, reading, writing, studying the Word of God, and prayer. She loved prayer and she spent a tremendous of amount of time praying for her family, friends, loved ones, and those in need in her prayer closet. Zeny was always faithful, helpful, selfless, and went out of her way to care for others. Even while working as a nurse, Zeny often prayed with and for her patients. Zeny constantly fed people and travelled to different homes to pray and encourage people. She helped many people financially go to college in the Philippines and sent many care packages to the Philippines to help feed the children. Upon hearing the news that Zenaida had gone home to be with the Lord, many people around the world through social media have spoken of how much of a loss they have felt from her passing. Zeny had done much for many people, including helping people through cancer, loss, depression, alcohol and substance abuse. Zenaida was a true Servant and Warrior for God. Zeny was someone who truly loved Jesus and all people. On February 3, 2022, Zenaida most definitely heard, "Well Done, my good and faithful servant!"

Zenaida Taluban Orbe was born on May 5, 1947 in San Fernando, La Union, Philippines to Marino and Sabina Taluban. She is survived by her younger brother, Reynaldo Taluban and younger sister, Myrna Taylor. Zenaida went to Christ The King for... View Obituary & Service Information

The family of Zenaida Taluban Orbe created this Life Tributes page to make it easy to share your memories.

Send flowers to the Orbe family.